Redmond is now the home to Wilco’s third store in Central Oregon, the 20th overall store for the Oregon-based cooperative. 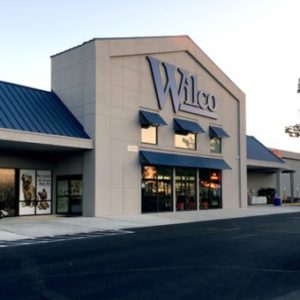 Wilco, one of the largest farmer and rancher-owned cooperatives in the Northwest, began its expansion into Central Oregon years ago with the purchase of Round Butte Seed’s retail business in Bend and Prineville. Soon after the purchase, Wilco added products to the Prineville store and relocated the other location to Wilco’s store in East Bend.

When asked about the Redmond addition, TJ Colson, Wilco Director of Store Operations says, “Since the Round Butte purchase in 2013, we’ve been blown away by the community support and dramatic growth in the Bend and Prineville locations. We’ve spent a few years looking for a convenient Redmond location to improve service in the area and are excited we found this great site.” 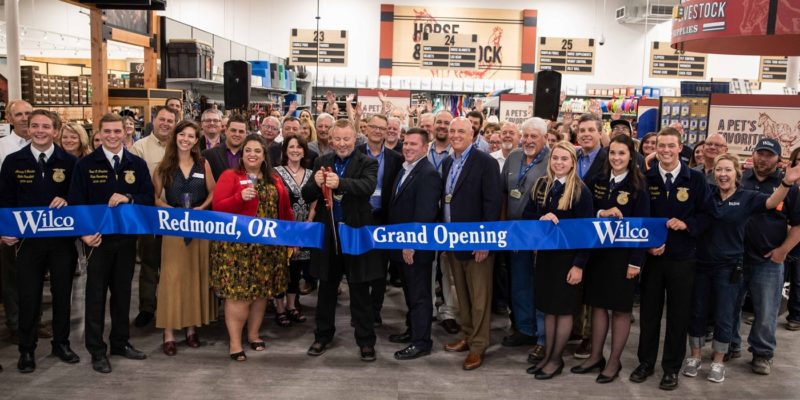 The new Redmond store is located at 1649 SW Odem Medo Way in the former Rite Aid and DMV building sites. The Wilco store is expected to help revitalize the shopping center that is still searching for a tenant to fill the former Albertson building that is adjacent to the new Wilco. The total store has 22,000 square feet dedicated to retail space, a 5,000 square foot enclosed greenhouse, dog grooming salon, and the remainder is dedicated to warehouse space and full-service customer loadout. Outside the warehouse are even more products; including fencing, gates, soils, water tanks, and livestock handling equipment.

The store also has a 5,000-square-foot space dedicated to clothing that focuses on footwear, work, and western wear with brands like Carhartt, Danner, Georgia, Wrangler, and Ariat. And as a farmer-owned cooperative, it is also no surprise one of the store’s features is an attached greenhouse with nursery quality plants.

The Wilco store has added 40 new jobs to the Redmond community. Bobby Grinder is the team’s store manager and he’s well versed at serving Central Oregon customers. The Redmond store may be new, but together, the team brings more than 30 years of Wilco experience. “We were fortunate to have some experienced team members transfer from other locations to the Redmond area. Then more experience joined the team as others followed Bobby from his previous employers – which says a lot of Bobby’s leadership. Bobby has more than 20 years of retail store leadership and brings more than 12-years of agricultural retail management to the team. It’s an impressive team!”, added TJ about the store team.

The positions hired included both full-time and part-time jobs in an array of areas including Dog Groomers, Department Specialists, Receiving, Warehousers, and key Lead positions.

“Central Oregon has been my home for the past ten years,” said Bobby Grinder, Redmond’s new Store Manager. “I’ve enjoyed working with Redmond customers and am excited to continue serving in the community. We’ve been overwhelmed by the support for the new store these past months and I’m excited to be open in Redmond and for the Grand Opening activities later this month.”

The new Wilco store opened on August 29th and is prepared for a busy schedule of activities coming up. There is a Full Box Produce and Canning Sale, Grand Opening Event, and Animal & Pet Celebration the end of September.

In addition to the 20 Wilco Farm Stores, the cooperative also serves customers with three additional business units; hazelnut marketing and processing, fuel delivery services in the Willamette Valley, and agronomy supplies and services through a Valley Agronomics joint venture.