The saying goes that actions speak louder than words, and that’s something that couldn’t be truer for Wilco CEO Doug Hoffman. 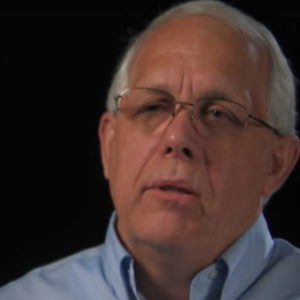 On November 22, Hoffman will be honored by the Agri-Business Council of Oregon as the 2013 Agriculturist of the Year. The award is a testament to the dedication and unending commitment to Oregon agriculture exhibited in all of his actions.

For Hoffman, dedication and commitment are lessons strengthened by a background rooted in leadership and agriculture.

“I grew up in South Dakota. I was one of nine children, we had 100 head of cows and calves and whatnot, a bunch of hogs, it was a bunch of hard work, and it taught me if you want things in life, you have to work for them,” says Hoffman.

Although his roots remained in agriculture, Hoffman eventually left the farm to pursue other aspirations. He attended the University of South Dakota, received a business and accounting degree, married his wife Jan, with whom he now has three kids, and started with Cenex, a management training program in Wilmot, S.D.

After a year, he entered into his first management position as a general manager for local coop Farmers Union Oil. The coop was financially broke, and over seven years Hoffman managed two locations, enacting a huge turnaround. His next 11 years were spent managing Consumers Coop, in Weezer, Idaho, before stepping into his current role.

The role of Wilco CEO greatly benefits from Hoffman, a person who consistently places the needs of others above himself. “He cares about people and he wants families to succeed, whether it’s farming families or people who work under him. He has a deep concern for people and their well-being,” says friend and former Wilco employee Tim Aman. These same traits make Hoffman someone who’s regarded as a trusted friend and advisor by employees, Wilco members, and all of Oregon agriculture.

He was one of the first people Wilco member Molly McCargar thought of when she formed an advisory committee for her farm, and now he joins in on quarterly meetings to discuss farm issues.

“We chat about everything and anything that happens and goes on. He has become a mentor, to a degree, for me,” says McCargar.

As a trusted friend and advisor, Hoffman is also sought after by several agricultural groups. He serves on the Agricultural Cooperative Council of Oregon and many cooperative boards ask him for advice and have him come speak. Hoffman also gives his time to numerous boards and volunteer associations, such as Oregon FFA Foundation and Oregonians for Food and Shelter. Wilco employees look up to Hoffman, and his dedication and commitment to supporting Oregon agriculture have become a large part of Wilco’s company culture. Known for giving back to the community, Wilco lends its support to FFA, the fair, events, and through Wilco stores.

For Hoffman, this philosophy of giving back has quickly expanded to an international level. “Instead of having a very narrow view, he has a broad view of agriculture and how it’s universal,” says Aman. In 2003, while visiting a person from the church in Mozambique, Hoffman realized he needed to take what he calls a “boots on the ground” approach and work with the African people around agriculture. He began working in Kenya with Empowering Lives International, a year-long program teaching adults about farming and its different techniques. In sharing agricultural successes abroad, Hoffman empowers participants to improve their communities and inspires many. “He thinks bigger than himself, he thinks outside of the world and that’s what I think is inspiring about him,” says McCargar, “It helps motivate and encourage me, and others, to think outside of their own world.”

Yet, none of these accomplishments are things he takes credit for, including this award.

“I’m truly humbled by the recognition because I never thought I’d done that much truthfully,” says Hoffman. Instead, he prefers to let his actions speak for themselves, saving the credit for those who’ve believed in him every step of the way.

“I always say, and my dad always told me this, let your actions speak for you and don’t do anything for personal acclaim,” says Hoffman, “I’m honored that individuals see traits in me that they think are important.”