Tom Aman, One of Three Aman Brothers Who Work the Family Hazelnut Business, During a Day of Harvest at 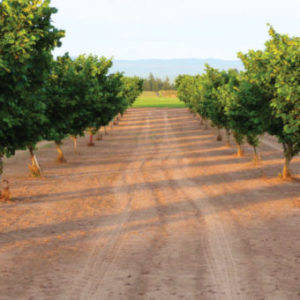 Hazelnuts are obviously a great fit for the Willamette Valley — thanks to the right climate and accommodating soils, the state produces 99 percent of the nuts grown in the U.S.

But hazelnuts have another thing going for them here: They don’t require a lot of farm labor.

That’s a contrast with some other specialty crops in the region, such as wine grapes. And it takes on additional importance because the hazelnut industry is growing fast and agriculture — in Oregon and elsewhere in the country — faces a field-worker shortage that isn’t expected to go away anytime soon.

“Generally, it’s a very hands-off crop,” Mount Angel grower Tim Aman said. “I would say the labor needs, especially once the trees are established, are minimal compared to the effort they put into the vineyards.”

Mechanization advances are also bringing efficiency gains to the harvest, which unfolds this time of the year, after the nuts fall to the ground.

“The latest harvesters are really a boon,” Aman said. “With these new types of sweepers, four or five us can harvest 50 to 60 acres in a day.”

Aman’s parents started their orchard with 10 acres in 1968. After he and his brothers came home from Oregon State University in 1980, they began adding acreage, he said. They now have 220 acres, “medium-large” by Oregon standards in his estimation.

Throughout the valley, there are some 70,000 acres of hazelnuts planted — about 40,000 in production, and another 30,000 recently planted that are gradually coming into bearing. It takes four years before the trees begin to produce, and production will generally increase throughout the tree’s first decade.

All that new volume coming into the market doesn’t worry Aman. Just the opposite, actually.

“More acres going in is good, because what’s been limiting demand is the supply,” he said. “We haven’t had enough hazelnuts, especially the improved new varieties, to really establish a nationwide market. You go to the Midwest and mention hazelnuts and they don’t know what you’re talking about.”

The hope is that value-added, consumer-focused products like the Oregon Orchard brand hazelnuts produced by growers in the Willamette Valley farmer-owned cooperative Wilco will provide better prices for growers in the long run than a traditional commodity market-centered largely on China.

Sixty-two cents is the initial floor price established for the in-shell Barcelona variety of hazelnut this year, down from initial prices of around $1 in recent years. The industry is feeling the impact of Chinese tariffs and currency devaluation in Turkey, which leads the world in hazelnut production with industry more than 10 times the size of Oregon’s.

The Barcelona is the traditional workhorse hazelnut in Oregon, but a breeding program at OSU has produced improved varieties with lower susceptibility to eastern filbert blight, a scourge for a number of years. So in addition to expanding orchards, growers have also been replanting.

Development expenses and low prices are bringing some pain this year. But the Aman’s operation is cushioned somewhat by a robust plant propagation business, and they have confidence the future is bright.

Wilco recently opened a state-of-the-art 120,000-square-foot processing plant in Donald. It’s still staffing up — nine positions were listed on the Wilco website this week, paying an hourly wage in a range from the mid-teens to low-20s — and the co-op said it is expected to employ 60 people year-round, in addition to additional seasonal employees.

“I think you see an industry putting itself in a position to bring a superior hazelnut to consumers,” Aman said.