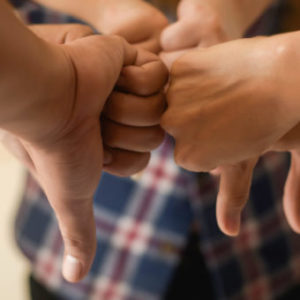 November ballot by shedding light on how the tax will affect individual companies and farmers. Under Initiative Petition 28, the Mt. Angel-based Wilco farm supplies and fuel cooperative faces a 1,388-percent increase in its state corporate income tax bill, from $168,000 to $2.5 million per year, CEO Doug Hoffman said.

The tax would apply only to the $100 million in sales at Wilco Farm Stores in Oregon; direct sales to the cooperative’s 3,000 members are exempt, Hoffman said.

The nonpartisan Legislative Revenue Office says the tax will act largely as a consumption tax, raising prices for consumers and businesses.

The union-backed campaign A Better Oregon says the state needs that revenue to bolster support for education, health care and senior services. Proponents also note that corporations’ income tax contributions to state revenue have declined as a percentage from 18.5 in the mid-1970s to 6.7 now, according to a study by the Oregon Public Policy Center.

Wilco typically nets income of 2.5 to 3.75 percent of gross sales, Hoffman said. In some years, such as 2009, the company doesn’t make a profit. One reason he opposes IP 28 is that even companies that lose money have to pay the tax as long as their gross sales exceed $25 million.

“A Better Oregon was specifically designed to protect farm co-ops and it won’t raise taxes on the supplies farmers buy through their co-ops,” said Katherine Driessen, a campaign spokeswoman. “A Better Oregon was also designed to make large pesticide companies like Wilco and Monsanto pay their fair share in taxes. Based on the claims that Wilco has made, it has to do at least $100 million in non-farm co-op sales. It can and should pay more to support schools and critical services.”

Dillon said those extra costs will be passed on to farmers.

The impact of the tax could be felt at every point of sale, as suppliers and retailers increase prices to cover their additional costs.

The gas and diesel that Wilco sells, for instance, changes hands several times before it gets to the end consumer, Hoffman said. By that time, the tax may push the cost up 5 to 7 percent, he said.

That will impact farmers who have to drive their products to market. The tax also will drive up the cost of fertilizer, farming equipment and other necessities for producing and selling a crop, Dillon said.

“We are going to have folks out of work, and there isn’t going to be an economy to pick them up,” said Katie Fast, executive director of Oregonians for Food and Shelter.

A recent study by Portland State University, commissioned by A Better Oregon, found that the tax would boost public sector jobs by 33,600 by 2027 and slow growth in private sector jobs by 13,500.

“You don’t see Wilco take a stand on many things,” Hoffman said. “We believe we have the story that touches people in a small way It will affect us and our consumers We couldn’t let it stand and suck it up and not get involved.”