For a seventh consecutive year, Wilco’s employees successfully nominated it as one of The Oregonian/OregonLive’s Top Workplaces. 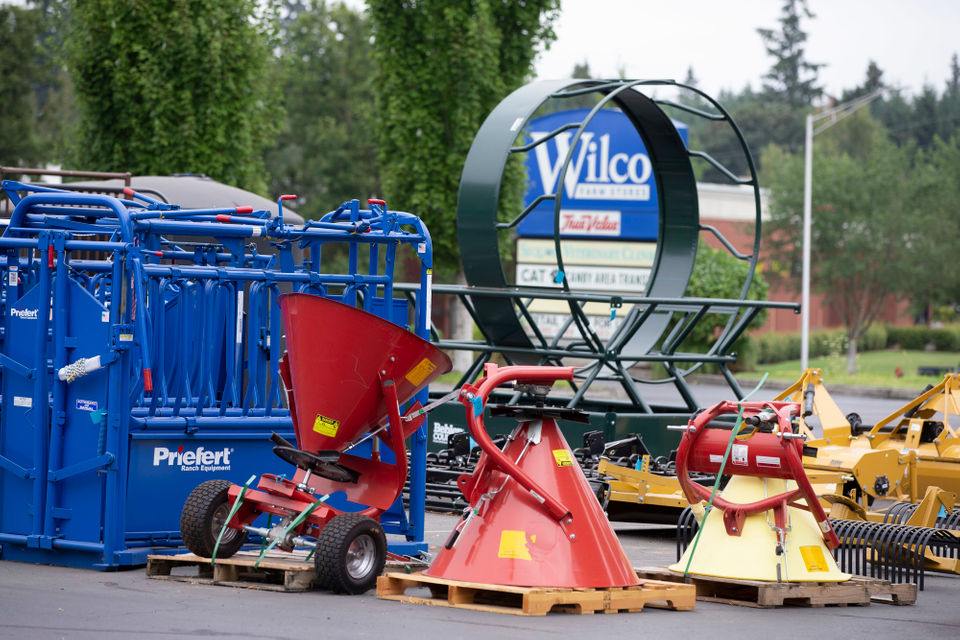 Wilco evolved from the union of five Willamette Valley farmers’ supply cooperatives in 1967, and the collaborative nature of the original business appears to remain at the heart of its operations as it grows and diversifies.

For a seventh consecutive year, Wilco’s employees successfully nominated it as one of The Oregonian/OregonLive’s Top Workplaces. In Top Workplaces survey comments, employees described an environment that is fair, supports a healthy work-life balance and is staffed with cooperative workers and supervisors who are accessible and honest 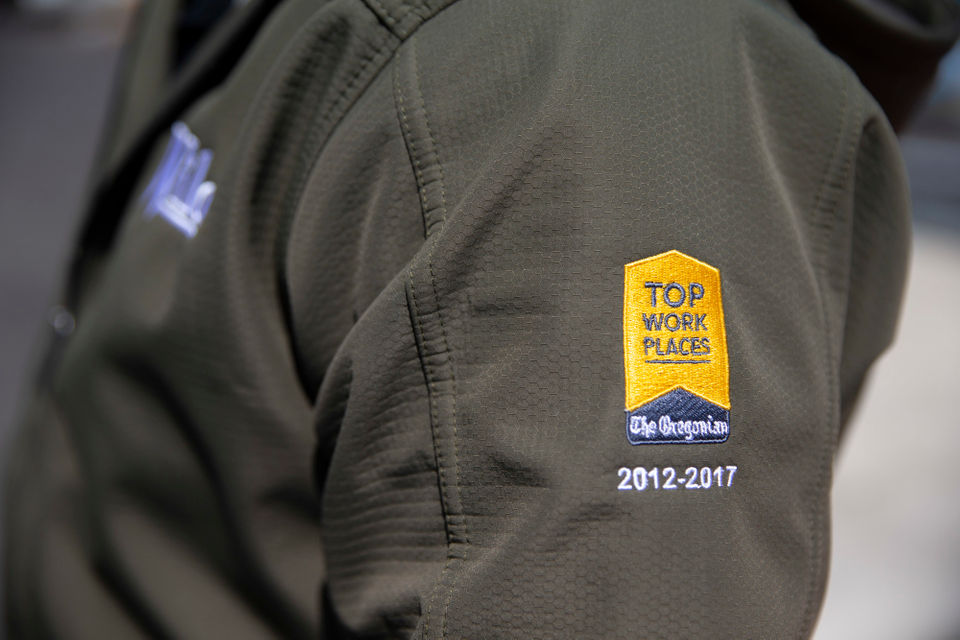 Among the most meaningful comments, company executives say, was this: “Wilco will have my back as long as the actions I take mirror company core values.” 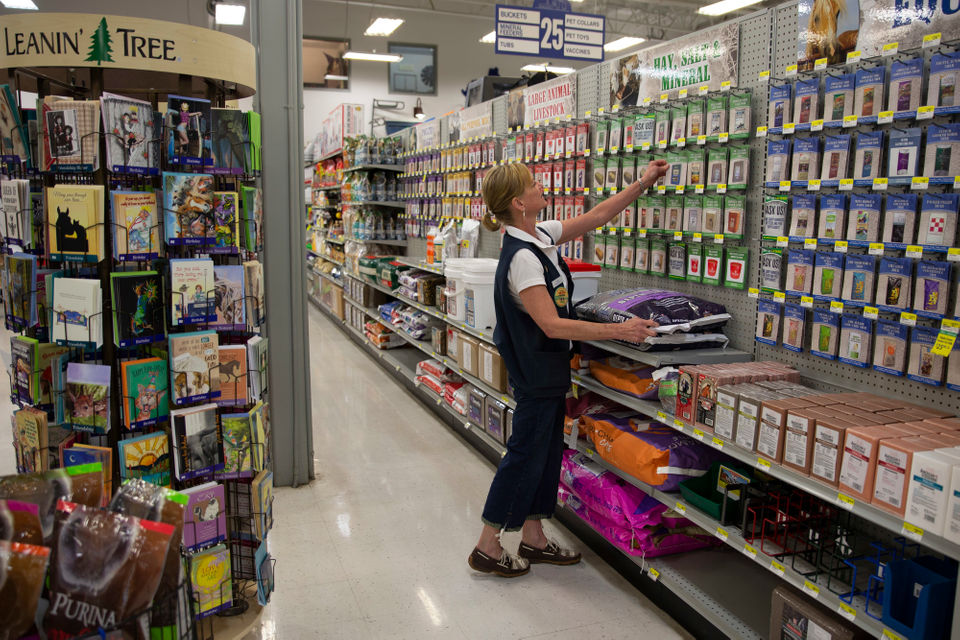 Despite the business evolution, Bugarsky said Wilco retains its link to traditional agriculture through the people it hires. The first screening of prospective employees looks for those who match the Mount Angel-based business’ core values. 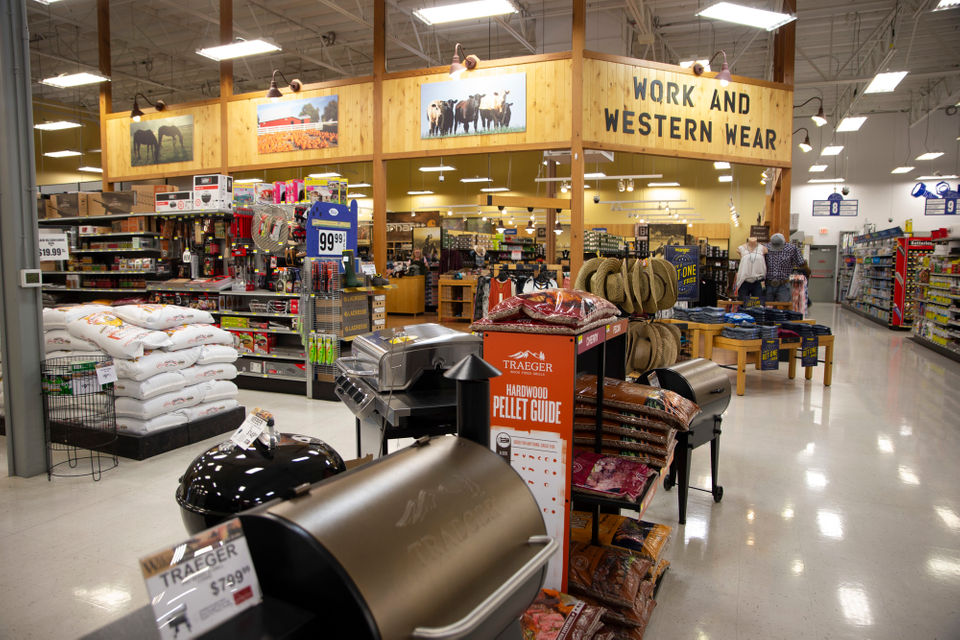 One of Wilco’s company’s farm stores in Canby. (Randy L. Rasmussen/For The Oregonian/OregonLive)

“After that, we give priority to those that are living the lifestyle,” Bugarsky said. “If they live in the country, we’ve found they appreciate what we’re doing. It’s not just knowing the products, but they understand the lifestyle and know what the passions are.”

Wilco president and chief executive officer Tim Ramsey said,  “We take pride in hiring and mentoring the right people, engaging them in the process and providing them with meaningful work. When we do this right, we have a great chance of ensuring that we continue to cultivate our culture.” 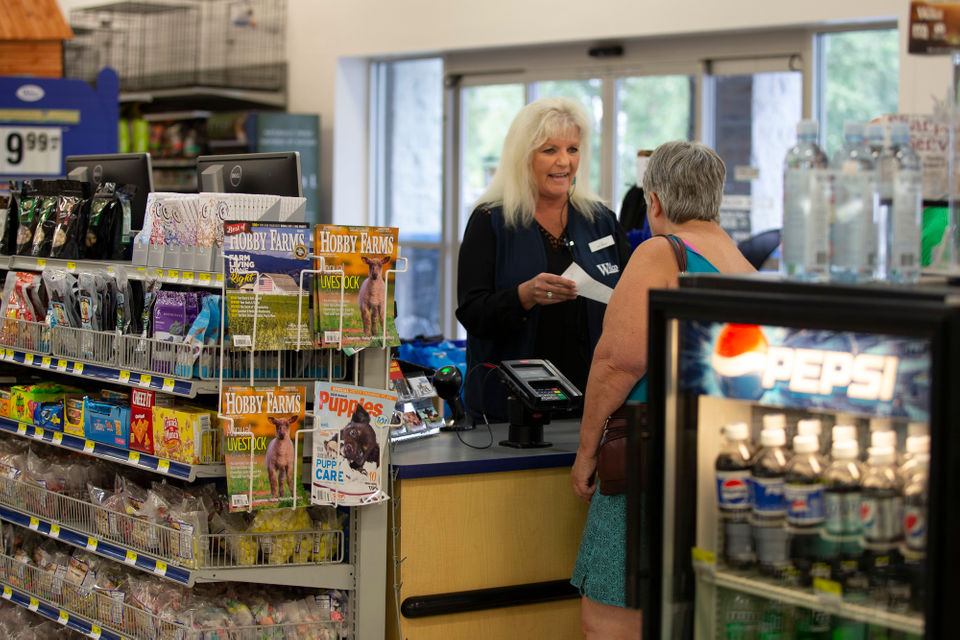 Liz Donaldson checks out a customer at the company’s farm store in Canby. (Randy L. Rasmussen/For The Oregonian/OregonLive)

“You do what the customer expects,” he said. “If it doesn’t work, if they push back – reasonably – (employees) are authorized to do something different.” 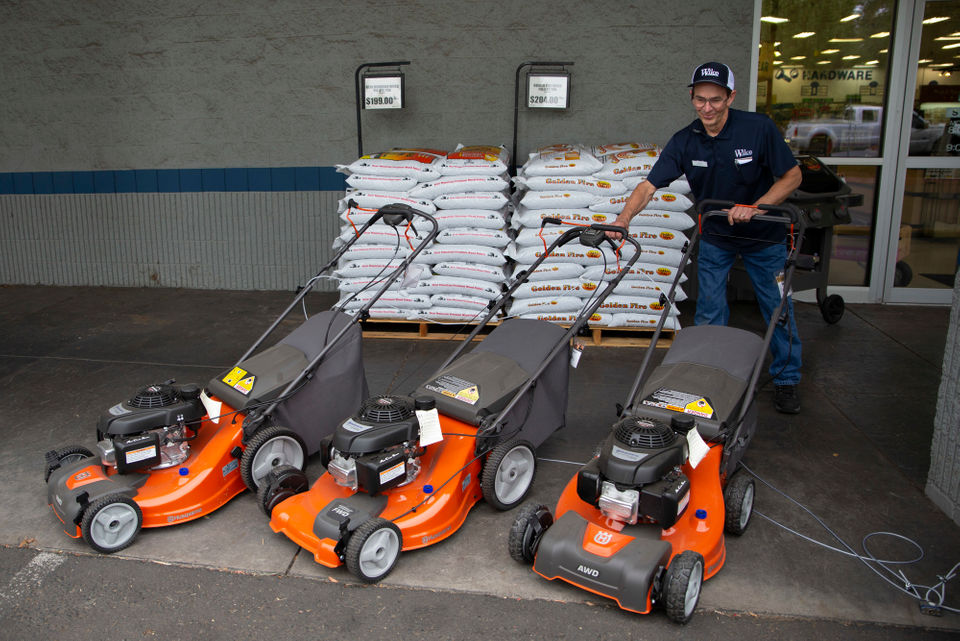 “The retail business is a thankless job,” he said. “You’re in a store, the hours are tough, we’re open weekends and holidays. So we try to do everything to make that work better.” 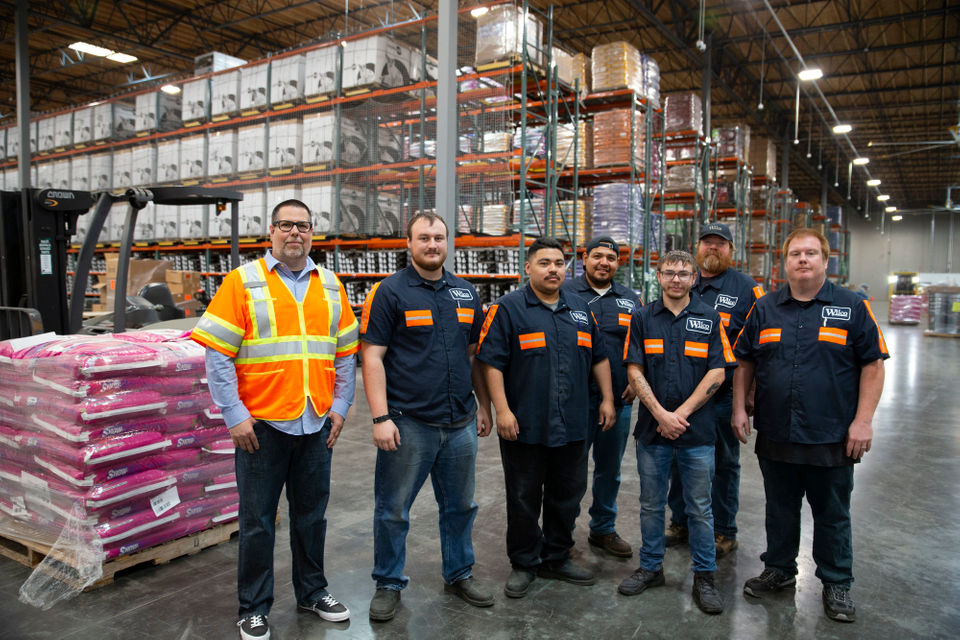 Wilco has a warehouse and distribution center in Donald. (Randy L. Rasmussen/For The Oregonian/OregonLive)

“Rather than fight that down, we recognize we will have people moving on,” Bugarsky said. “There’s almost always going to be a career opportunity, or a change, or a logistic move across the country. We try not to hold anybody back. 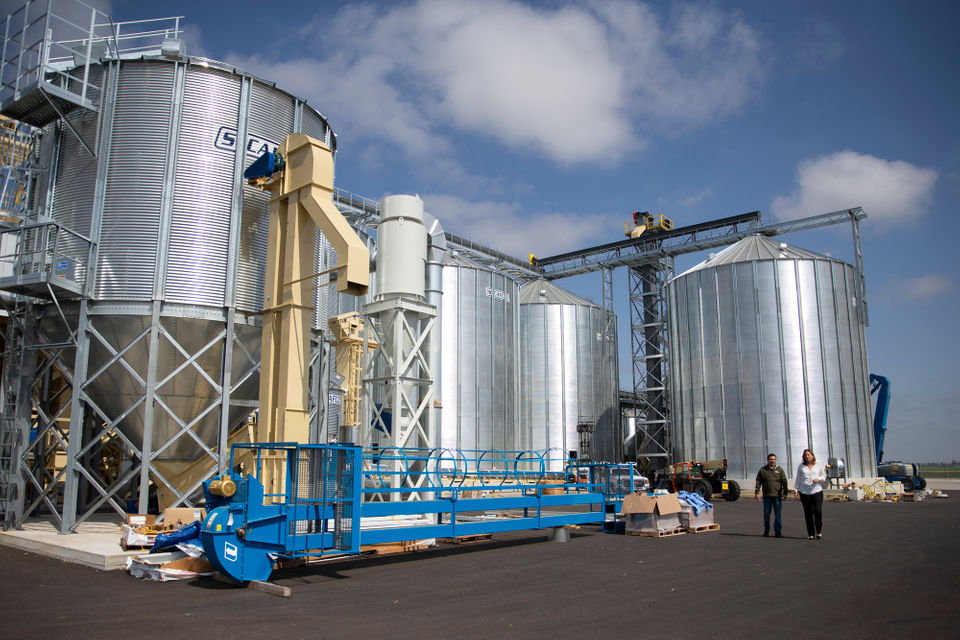 Wilco is preparing to open a new facility for its hazelnut company, Hazelnut Growers of Oregon. (Randy L. Rasmussen/For The Oregonian/OregonLive)

“We want to make it as great an environment as we can for them,” he said.

Farmer co-ops emerged in the late 19th century as a way for small farms, ranches and dairies to gain market share and price stability by combining production and to reduce costs by buying in bulk. Wilco – the name comes from Willamette Consolidated – diversified as Oregon farm practices changed, adding agronomy services, said Bugarsky. In 2016, Wilco branched out again, merging with Hazelnut Growers of Oregon for its first venture into food processing. The state produces 99 percent of U.S. hazelnuts, and Wilco will open a nut processing plant this fall in Donald. 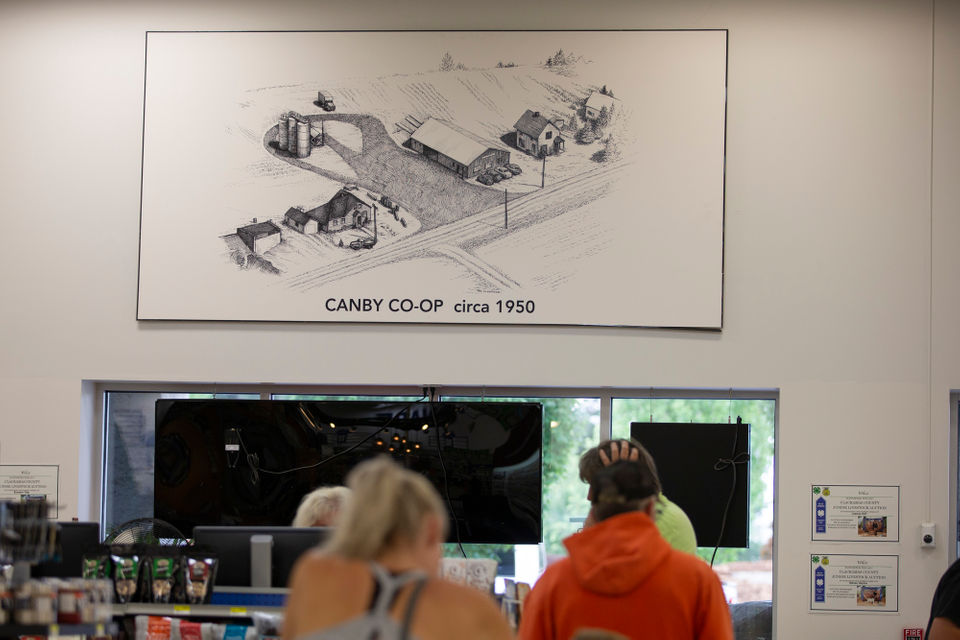 A sign in one of Wilco’s farm stores in Canby pays tribute to the co-op’s past. (Randy L. Rasmussen/For The Oregonian/OregonLive)